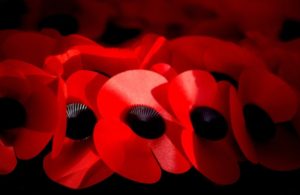 The Deputy Mayor of Hailsham is encouraging residents to make a note in their diaries to attend a special service being held later this month, to commemorate the life of the founder of the Royal British Legion, 1st Earl Douglas Haig.

The Deputy Town Mayor, Cllr Amanda O’Rawe, will attend the Service, which is to be held at Hailsham Parish Church on Sunday 25th February from 2.30pm and is being organised by Royal British Legion Hailsham & District Branch.

Field Marshal Douglas Haig, 1st Earl Haig, was a senior officer of the British Army. During the First World War he commanded the British Expeditionary Force (BEF) on the Western Front from late 1915 until the end of the war.

He was commander during the Battle of the Somme, the battle with one of the highest casualties in British military history, the Third Battle of Ypres, the German Spring Offensive, and the Hundred Days Offensive, which led to the armistice of 11 November 1918.

After retiring from the service, Earl Haig devoted the rest of his life to the welfare of ex-servicemen, co-founding the British Legion in June 1921. He was instrumental in setting up the Haig Fund for the financial assistance of ex-servicemen and the Haig Homes charity to ensure they were properly housed.

Both continue to provide help many years after they were created.

Urging people to take time out to remember the British Legion’s founder, Deputy Mayor Councillor Amanda O’Rawe said: “This special service will give us all an opportunity to come together as a community and honour 1st Earl Haig, who played an important part in developing several ex-service and veteran charities in the UK. I am proud to be attending the commemoration service.”

“Please join me and my colleagues at the service if you are able to do so.”

If any organisation or member of the public wish to find out more about the Service, contact Mike Weller (Chairman, Royal British Legion Hailsham & District Branch) on 01323 440749.

The Mayor of Hailsham will be getting into the Christmas spirit when he joins in the celebrations of the Hailsham Choral Society’s annual Christmas Carol Concert.…

Due to the public health pandemic, Hailsham Town Council‘s community hall facilities will remain closed until further notice. The announcement is in line with government advice…