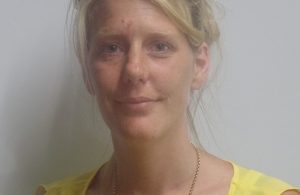 Alexa Clarke has been elected as councillor for the East Ward on Hailsham Town Council.

Liberal Democrat Mrs Clarke was voted in during the by-election on Thursday [25 August] having received 186 votes.

The vacancy arose after the resignation of Annelie Triandafyllou in July and her election now brings the Council’s membership up to twenty-three town councillors.

An additional by-election will take place on Thursday 22nd September to fill the last remaining vacancy on the Town Council, bringing total membership back to twenty-four.

A homemaker, Mrs Clarke has been a resident of Hailsham for 26 years and states that among the reasons for putting her name forward to become a town councillor was to help make Hailsham an even better place to live, work and visit.

She said: “I’m delighted to have been elected on to the Town Council and will do my best to help the people of Hailsham sort out any problems and issues that they face locally.”

The Mayor of Hailsham, Councillor Nigel Coltman, welcomed Mrs Clarke on to the Town Council. He said: “I’m delighted Alexa has been elected to represent this ward. She was a good candidate and I’m confident that she will get involved in the local community and promote close links between the Council and residents.”

“I look forward to working with Alexa in the future and wish her every success in her role as town councillor.”

Mrs Clarke will hold office until the normal election of all town councillors in May 2019.

Plans for Summer Events in Hailsham Under Way

It might only be February, but preparations by the Town Council’s festivities team and project partner Hailsham Forward are under way for a duo of fun…

Meeting With Others Safely at Hailsham’s Public Open Spaces

Residents in Hailsham are being urged by the Town Council to enjoy parks and local spaces safely after coronavirus restrictions continue to be eased. Public open…

As the Town Council continues to review its service delivery for residents in response to COVID-19, measures in relation to burial arrangements at Hailsham Cemetery have…

Copies of the latest (October) edition of Hailsham Town Council’s newsletter to residents are now available to collect from various outlets across the town. ‘Our Hailsham,…