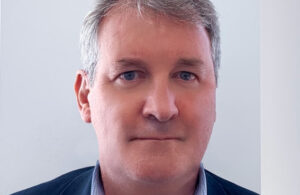 Steve Keogh has been elected as councillor for the North West Ward on Hailsham Town Council.

The Conservative Party candidate, who has been a resident of Hailsham for several years, was voted in during the by-election held last Thursday [10 February] having received 251 votes.

The member vacancy arose after the resignation of Kevin Balsdon and Cllr Keogh’s election now brings the Council’s membership back to eighteen town councillors. He will hold office until the normal election of all councillors in May 2023.

“I am delighted to have been elected on to the Town Council,” said Cllr Keogh, who stated that among his reasons for putting his name forward to become a town councillor was to work on making Hailsham a better place to live, work and visit.

“After 25 years as a Royal Naval Officer, and twice Gulf veteran, I retired to set up a small local business in Hailsham. My wife, Janette, and I have lived in this area for over nine years.”

“In the recent past, I had the pleasure and privilege of chairing the Welbury Meadows and Grange Residents’ Association, either side of Brunel Drive, one of the larger parts of our ward.”

“As Chair, I tackled a significant number of problems successfully and gained considerable direct experience in leading speed campaigns, introducing speed-safety signs, and engaging with the Police, PCSOs and Youth Workers for more local presence and visibility to combat increasing anti-social behaviour, drug abuse and knife crime. I continue to offer support to the Committee.”

Cllr Keogh added: “I am also passionate about ensuring that local housing development prioritises local needs, and is accompanied by adequate infrastructure. From continued feedback, this is clearly a high priority for very many.”

“I will also work hard to ensure that the Town Council continues to deliver value-for-money services in return for our taxes.”

Welcoming Cllr Keogh on to the Town Council, Town Clerk John Harrison commented: “I’m delighted Steve has been elected to represent Hailsham North West Ward. He was a good candidate and I’m confident that he will get involved in the local community and promote close links between the Council and the people it serves, as well as help improve the quality of life for residents.”

“I look forward to working with Steve in the future and wish him every success in his role as town councillor.”

Next round of Friday activities for young people in Hailsham

Hailsham Town Council’s youth services continue to go from strength to strength, providing a range of opportunities and activities for young people in Hailsham between the…

Hailsham Town Council has agreed its budget for 2021-2022. The Town Council adopted the recommendation put forward by the Finance, Budget, Resources & Staffing Committee for…