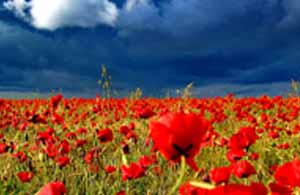 A service of remembrance was held at Hailsham Parish Church on Sunday [18 September] for all those who took part in the Battle of Britain during the summer and autumn of 1940.

Town Mayor Councillor Nigel Coltman joined with town councillors and representatives from the Royal Air Forces Association and Royal British Legion for a ceremony which marked the 76th anniversary of the Battle of Britain and former British fighter pilots’ involvement in fighting attempts by the German Air Force to gain superiority over the RAF during World War Two.

Following the service, the Mayor attended a wreath-laying ceremony at the Hailsham War Memorial, alongside uniformed dignitaries, war veterans and cadets from the 249 Hailsham Millennium Squadron and No 19 Hailsham Platoon.

“It was a great honour to be part of the Battle of Britain dedication service,” said Councillor Coltman after the service. “As well as remembering the loss of many brave airmen, we had the opportunity to show our respect to all those other servicemen and women who sacrificed their lives through bravery so that we all may continue to live in freedom.”

Public Invited to Honour Those Who Fell at the Somme

Centenary of the Battle of the Somme Memorial Service

Memorial Service: Centenary of the Battles of the Somme

Everyone welcome to attend – please show your support.