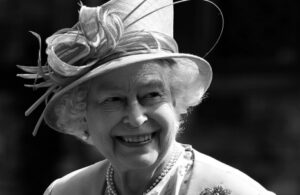 Members of the public are invited join the Town Mayor, local councillors, officers and veterans at a special Vigil taking place at the Hailsham War Memorial at 8pm on Sunday 18th September. Those attending should gather at the war memorial from 7.15pm-8pm. There will be a minute of silence at 8pm, followed by the singing of the National Anthem. Please attend this Vigil if you can, to pay tribute to HM The late Queen Elizabeth II’s dedication to Public Service and devotion to the People.