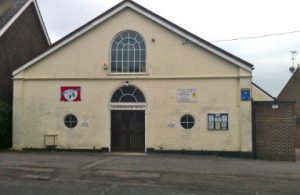 ‘The Ghost Train’ a thriller written by Arnold Ridley who is probably better known nowadays as Private Godfrey in the TV Series ‘Dad’s Army’. A long running success in the West End, Broadway and packed with thrills, chills and laughter, later adapted into numerous films.

The action takes place in November 1925 in the General Waiting room at Fal Vale, a wayside station on the South Cornwall Joint Railway, during one evening. The story of the ghost train is well known to the villagers who avoid the station on dark wintry nights….